In the last newsletter, I mentioned a common denominator in the Pattern Physiology of Long Covid being Kidney, Spleen, and Lung Qi (Chee) Deficiency. So far we looked into Kidney deficiency as being the most detrimental among the three.

According to the Six Levels of Physiology In Chinese Medicine Spleen and Lung Circuits belong to the level of Taiyin.. Therefore let me address these two Circuits together as we’re now in transition between these two systems.

Fine print: Kidney Deficiency has NOTHING to do with renal failure, neither does Lung deficiency with COPD or Spleen Deficiency with hyposplenism. We’re talking about weakened ENERGY of a specific Circuit (or a channel), not an organ.

Spleen… Why should it matter to you? 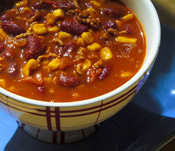 In Chinese Medicine digestion is a main function of the Earth Element and is represented by The Spleen/Stomach circuits. We will be discussing Spleen as being the Yin (functional) vs Yang (structural) aspect of the two. Most of you are familiar with the function of the Spleen circuit but for those who are not, here is a list of the main characteristics:

Symptoms of SPLEEN deficiency may include:

If left untreated, spleen qi deficiency can eventually result in a blood deficiency (not enough qi to create and nourish the blood), and/or a spleen yang deficiency (the loss of the warming function of the spleen). When blood is not properly nourished or there is not enough being generated by the spleen, the heart and lungs are easily affected, leading to a decline in their function.

How to Avoid Spleen Qi Deficiency with Your Diet

Lungs.. Why should it matter to you?

In Chinese Medicine Fall is the season associated with the metal element. This is the season of contraction and moving inwards, of dryness, and the Lungs and Large intestine are the organs associated with this element. It’s at this time of the year that the Lungs are at their most vulnerable and most likely to be affected by wind, cold, and dryness. Chronic coughs tend to come up this time of year as it gets quite cool and dry, and colds and flu become more prevalent.

Functions of the Lungs (From TCM view)

Symptoms of Lung (circuit/singular) deficiency may include:

How to Support Lung energy with Your Diet

Method
Combine all ingredients in a saucepan and bring to the boil. Continue boiling until the liquid has halved (approx. 10-15 minutes). Discard the herbs, keeping the liquid. Drink as soon as its cool enough, get into bed or rug up on the couch to enhance sweating and help the body sweat the cold out. If you feel damp after sweating, get changed and dry and rest for the remainder of the day.